Encouraging news from the other side of the week

Can you imagine how scared the apostles were when evil people killed Christ? Is it the end, all in vain? But Christ is risen. Because the truth cannot be killed. Now, when the information war has fallen upon us, it can also be scary. Can we really lose, can it be that nothing will change in the country and those whom the president called national traitors will triumph? 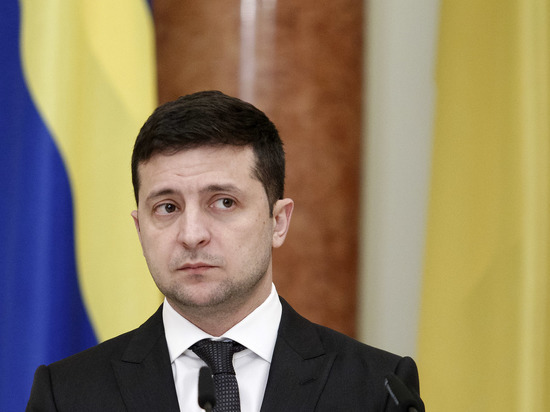 These are irrational fears, a cognitive distortion. It's just that we are a very large country, with great inertia, and nothing happens instantly here. But if you look closely, at least to the news of the past week, you can already see how the stubborn dandelion of truth is tearing apart the asphalt of lies.

Surprisingly, of course, but many fears of a kind Russian person disappear, including after the news “from the other side.” This is how it works.

On our side, Vladimir Putin called off the assault on Azovstal in Mariupol last week. And, in fact, he left only two ways out of the situation for those who settled there – captivity or death.

Further, it became known last week that a referendum was being prepared in the Kharkiv region. And, apparently, this is generally a global plan – referendums on the creation in Ukraine (for a start, as we understand it) of new people's republics.

And then Zelensky cosplays (imitates external attributes) of Stalin and holds a press conference at the metro station. And he declares that Ukraine will withdraw from the negotiations if the military in Azovstal is destroyed and/or referendums are held on the creation of people's republics.

That's it, you can exhale. Because nothing is worse than negotiations with Ukraine, unless they are negotiations on the complete and unconditional surrender of the Ukrainian regime, a normal citizen of Russia cannot imagine. The price is too high to return.

Or here's some more news “from the other side” – as it turns out, there is no united anti-Russian front. And in general – European unity. Because now, of course, spring, then it will be quite warm – summer, but winter is inevitable. So they pull the blanket over themselves. With all the bravura and militant statements caused by the agitation, they understand there: one cannot survive without Russia. Yes, there are enough problems within the countries. So right now, no one really wants to quarrel, quarrel. As a result, Bulgaria (namely, it has a lot of Soviet, familiar to Ukrainian samples) refused to supply weapons to Ukraine, the Swiss government vetoed the FRG's requests for the re-export of Swiss ammunition used in German Marder-type infantry fighting vehicles to Ukraine. The deliveries of weapons are generally more likely in words than in deeds (and those supplied are destroyed by our VKS in warehouses). And then Austria wagged its tail – said that although it considers it necessary to further strengthen ties between Ukraine and the European Union, it opposes the country's membership in the EU.

Again, “from the other side” news for brand lovers – those of them who did not slam the door too defiantly are already thinking of returning. Since the supply chains have been rebuilt, the payment system has been thought through. Others save the business by passing it on to Russian partners. This is where the moment should not be missed and set the right conditions for the return, so that Russian manufacturers again do not find themselves with a broken trough. And this requires a sane state policy. However, if the news that federal ministers may have deputies for information and political work (allegedly recommended by the Presidential Administration) turns out to be true, then everything is going as it should.

Otherwise, you won’t understand: Nabiullina, who was reappointed to the post of head of the Central Bank this week, is she for which international, for the first or for the second? Or even for the bourgeoisie? The Communists in the Duma had well-founded claims against her. But, on the other hand, with a very tough and fatal for small businesses (if everything remains the same) decision to raise the key rate, she beat off a knockout blow to the ruble. And now, speaking in the Duma, she gave a very clear forecast – we are waiting for a structural restructuring of the economy. It won't be easy, but it's a real uphill road.

Of course, you want everything to come together at once. And therefore, where it is simpler, shyness begins. Just this week, a criminal case was opened against the “artist” Kulik for a “creation” called “Big Mother”. Like, this is an insult to the famous monument. Yes, definitely. That's just an insult was inflicted four years ago, when Kulik blinded this muck. And now it is not necessary to initiate a criminal case against him. He can sculpt anything at all (within the limits of what is permitted by law) – large clay No. 4, medium clay No. 8 or small clay No. 16. Here is a question for those who post it. If a private shop – yes to health, eat, do not slop. But if the state structure … And at the same time, the state, obviously, should not interfere in culture (again, as long as this “culture” complies with the law), otherwise culture will die. In the current situation of the multidirectionality of the “elites” and the people – a very difficult balance, almost unattainable. And therefore, for some time, the “golden masks” will continue to receive the Khamatovs and the like. In fact, it's not scary either. These are all residual phenomena, aftershocks. Because now, in the midst of fire and steel, in the midst of death and the triumph of life, a new Russian elite is emerging, which will determine our life.

That life that is already earing through the asphalt.