The administration said that now the station is operating as usual, but it is necessary to prepare for any scenario .jpg 320w” media=”(max-width: 320px)” > 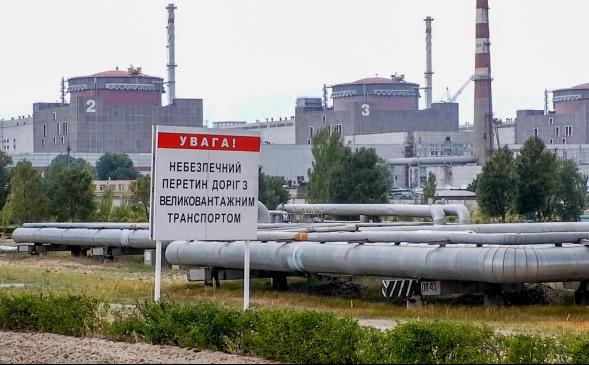 The authorities of the Russian-controlled part of the Zaporozhye region have worked out a plan for the evacuation of the population in case of accidents at the ZNPP, RIA Novosti said. head of the military-civilian administration (CAA) of the region Yevgeny Balitsky.

He noted that now the nuclear power plant is operating as usual, the radiation level is normal, but the CAA has prepared “for any development of the situation.” According to Balitsky, since July 18, the Zaporozhye NPP has been shelled by the Armed Forces of Ukraine from the right bank of the Dnieper almost every day. from the settlements of Marganets and Nikopol.

The preparation of evacuation plans in case of an emergency at the ZNPP was previously reported by the authorities of the part of the Zaporizhia region, which is under the control of Kyiv (the regional center Zaporozhye belongs to it; Energodar, where the power plant is located, is controlled by Russian troops).

Since July, the Russian and Ukrainian sides have been mutually accusing each other of shelling nuclear power plants. The Russian Ministry of Defense stated that since July 18, the power plant “has been subjected to systematic shelling by the Armed Forces of Ukraine.” from MLRS and artillery. President of Ukraine Volodymyr Zelensky, in response to such accusations, said that Moscow was engaged in “nuclear blackmail”. Kyiv called on the Russian military to leave the station immediately.

On August 25, Energodar reported that the emergency system had been triggered and the station was reconnected due to a fire in the surrounding area. They explained that the cause of the fire was shelling. The Ukrainian Energoatom, which formally continues to manage the nuclear power plant, announced that it was disconnected from the Ukrainian energy system. After that, a member of the VGA, Vladimir Rogov, said that the power supply to the region had resumed, and the head of Energodar, Alexander Volga, denied the complete shutdown of the nuclear power plant. Later, Energoatom announced the connection of two power units to the networks of Ukraine.

The Russian authorities stated that they were ready to organize the arrival of the IAEA mission to the station. The visit of the staff of the international agency was also advocated in Ukraine. Both sides spoke out in support of the permanent presence of IAEA experts at ZNPP.

Read on RBC Pro Pro The Strongest. Business according to the rules of Netflix Summary Pro “This is a stab in the back for the industry”: what IT companies suffered the most Why and what to do Instructions Pro How the economic miracle led Japan to the “lost 30 years” Why it's Dangerous for Companies Articles Pro How companies can shift to a “less but better” mode of operation Articles

According to The Wall Street Journal, a team of IAEA specialists may arrive at the power plant next week. The New York Times wrote that the mission will include the head of the organization Rafael Grossi, as well as 13 experts from Poland, Lithuania, China, Serbia, Albania, Mexico and other countries.