Influenced by the Young Europeans, the assessment of the nature of the Second World War and the attitude towards collaborators in the socio-political circles of a number of Central and Eastern European countries have long since undergone significant changes and acquired a pronounced anti-Russian character. 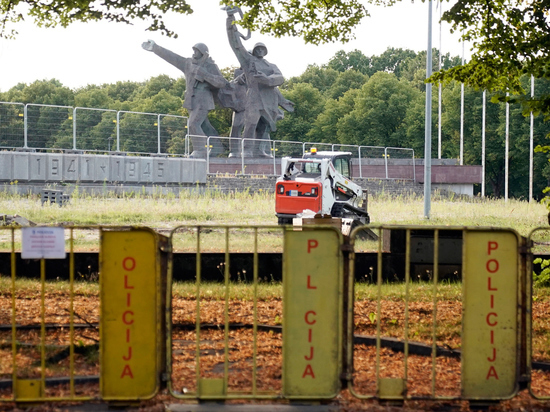 Prior to the start of the process of expansion of the European Union, there was a consensus in the political elites of Western Europe in approaches to the perception of the Second World War, the blame for its unleashing was placed on Germany. And recognized by her leadership. The war was perceived as a great tragedy of the European peoples and not only. Some memorable dates were generally recognized (Day of Remembrance and Reconciliation, the liberation of the Auschwitz concentration camp and a number of others).

This approach was cemented by the fact that some countries of Central and Eastern Europe were part of the socialist camp until the end of the 1980s. The subsequent radical change in the socio-political system launched the process of revising the history of the Second World War.

Taking into account the fact that some states that openly collaborated with Nazi Germany (Romania, Slovakia, Bulgaria, etc.), sought to justify themselves and transfer responsibility for the tragedy to the USSR, many institutions previously involved in the investigation of the crimes of Nazism quickly “changed their shoes” and rushed to investigate the “crimes of communism”. Most historians have concentrated on shaping the perception of the “Molotov-Ribbentrop Pact” as a trigger for the start of the most brutal war in the history of mankind, promoting the thesis of the equal responsibility of “Stalin's USSR and Hitler's Germany” for unleashing it, denying participation in the Holocaust and the complete justification of collaborators.

Poland has always played and continues to play a leading role in this process. The Katyn tragedy and the Warsaw Uprising of 1944 with accusations against our country were included in the official historiography and school textbooks.

On October 29, 1998, the Latvian Seimas adopted the “Declaration on the Latvian Legionnaires in World War II”. It openly justified the actions of citizens who joined this legion, since, they say, it was a reaction to “the implementation of genocide by the USSR in the period 1940-1941.” Persons collaborating with the Soviet authorities, taking part in the fight against the “forest brothers”, were declared criminals, and collaborators – national heroes. In Riga, marches in honor of legionnaires began to be held annually. Until now, it is difficult to believe this from the standpoint of ordinary sanity, but the fact remains.

The Special Commission of the Seimas of the Republic of Lithuania granted the legal status of a member of the Resistance to persons who collaborated with the Nazis, and after the war fought against the Soviet authorities. This category included servicemen of the Lithuanian police battalions, who distinguished themselves with particular cruelty on the territory of Belarus.

In Estonia, Nazi accomplices who served during the Second World War in the SS troops, Wehrmacht units, Luftwaffe, police and concentration camp guards were declared illegally repressed and received the opportunity to enjoy the appropriate benefits, despite the fact that citizens who fought against Nazism in the ranks of the Red Army were completely deprived of this. An annual meeting of veterans of the 20th (Estonian) SS division is held, and attempts are made to erect a monument to its fighters.

After joining the European Union in 2004, the Eastern European states skillfully played the card of the formation of a sense of guilt towards them in the countries of “old” Europe and new assessments of the history of the Second World War, presenting themselves as “victims of communism”. They managed to ensure that the European Union actually stopped condemning them for the rehabilitation of collaborators, especially in cases where they did not directly participate in the destruction of the Jewish population.

Under the influence of the Young Europeans, the European Parliament adopted several resolutions that laid a serious foundation for transforming the perception of the Second World War. New terms were introduced into circulation: “Soviet dictatorship”, “Soviet occupation” and “communist totalitarianism”.

In 2019, another resolution “On the importance of European memory for the future of Europe” appeared. This document frankly puts an equal sign between the Soviet Union and Nazi Germany. There is no mention of the anti-Hitler coalition and the great contribution of our country to the victory over Nazism. On the contrary, the USSR is presented as an occupier. The demonization and denigration of the Soviet Union is automatically transferred to modern Russia, which is allegedly characterized by “imperial ambitions” and “forceful pressure on its opponents.”

At the initiative of the “young Europeans”, the anti-Russian bias has long become a strong trend in pan-European politics . By dismantling the values ​​and symbols of “old” Europe, the countries of Central Europe, led by Poland and the Baltic countries, gradually destroyed the moral and ideological foundations of European security, which were reflected in the unconditional recognition of the guilt of Nazi Germany for unleashing World War II, which was clearly enshrined in the decisions of the International Military Tribunal in Nuremberg.

Revision of approaches to the history of the Second World War, the results of which form the basis of key international institutions, including the UN Security Council, can cause irreparable damage to the modern world order, which will put the whole world on the brink of a global nuclear catastrophe .