The situation around Transnistria continues to deteriorate. According to the Ministry of Internal Affairs of the republic, on the morning of April 27, several shots were fired from Ukraine near the village of Kolbasna, where military warehouses guarded by Russian peacekeepers are located. Leading expert of the MGIMO Center for Military-Political Studies Mikhail Alexandrov believes that “an attack on the PMR by Ukraine is quite real”, but for this the Ukrainian army needs to find 200,000 fighters… 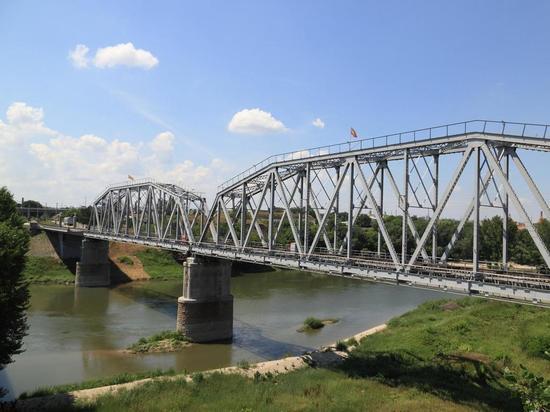 The night before, Ukrainian drones hovered over Transnistria. Kyiv's aggressive intentions towards Tiraspol are not hidden by the Ukrainian leaders themselves. Oleksiy Arestovich, an adviser to Zelensky’s office, said that Ukraine “could manage in three clicks” with the capture of the PMR if Moldova asked for it.

Ukraine's desire to occupy the region is by no means explained by Kyiv's desire to provide Chisinau with gratuitous military support. The Ukrainian authorities, first of all, are interested in appropriating the “wealth” of the Pridnestrovian warehouses of Soviet ammunition, which are suitable for the guns and equipment of the Armed Forces of Ukraine and which the West cannot provide Ukraine with in the required quantity.

Warehouses in Kolbasna are located just two kilometers from the Ukrainian border and store up to 21 thousand. tons of ammunition, which includes shells, air bombs, mines, grenades and cartridges in the amount of 2500 railway cars. Given these conditions, the expectation of an attack on Pridnestrovie from the Ukrainian side does not seem illogical.

In the event of an aggravation in Pridnestrovie, not only the Pridnestrovian armed forces can resist the Armed Forces of Ukraine. The conflict will obviously not bypass the Operational Group of Russian troops in the republic, which constitutes the peacekeeping contingent in the region.

Mikhail Alexandrov, an expert at the MGIMO Center for Military-Political Studies, believes: “Ukraine has been trying to influence the situation around Transnistria for several weeks now, since Kyiv began to suspect that Russia could use the bridgehead for deployment in this area. On the advice of their senior American comrades, they decided to draw Transnistria into the conflict and prevent such a development.

“It is difficult to say how successful they will be, because Transnistria is a tough nut to crack and has a rather impressive group of troops,” the expert says. – There are few Russian military there, about 1,800 people, and the Pridnestrovians themselves have 8,000 well-trained soldiers, huge stocks of weapons and a large mobilization resource of up to 80,000 people.

To suppress Transnistria, Ukraine needs at least 200,000 people. From the strength they will scrape together 50,000. For example, they cannot expose Odessa because of the likelihood of a Russian landing. Moreover, if necessary, we will provide air support to Pridnestrovie. It will be easy to transfer both helicopters and planes there. Their airfield is already ready, it has recently been put in order. Therefore, the Ukrainian army will not have a chance to quickly carry out the operation, it will be strongly resisted.”

According to the expert, Romania and Moldova will not risk starting a conflict and will distance themselves from it in every possible way because of the danger of moving hostilities to Moldovan territory.

The events taking place in Pridnestrovie since the beginning of the week are forcing the leadership of the republic to take special measures. And the population lives in tension. After all, in addition to the terrorist attacks on the territory of the republic, residents began to receive strange warnings on social networks: they are advised to immediately evacuate, otherwise, they say, “they will fall under a missile attack.” Who intimidates the inhabitants of Transnistria has not yet been found out.

Deputy of the Supreme Council of the PMR Andrey Safonov spoke about the current situation in the MK region:

– The mood of the society as a whole is calm. There is no visible panic among people. It cannot be otherwise, because Pridnestrovians have been living in an extreme regime for over 30 years.

People, of course, are worried that tension is now intensifying. But concern does not exceed the boundaries of reason. In addition, the security forces do their job after the announcement of the “red level” of danger.

Today, there are no additional security measures designed to visually show the extraordinary nature of the situation. There are patrols at the entrance to cities, and not only in Tiraspol. There is also an increase in surveillance, and an increase in the inspection of cars. But in general, the situation is quite calm.

Mobilization is not planned yet. So far, there is no visible evidence that a full-scale aggression is being prepared. There were reports of automatic weapons fired from Ukraine near the warehouses in Kolbasna, but there were no large-scale actions after the shelling of the MGB building and mine attacks on other objects, including the Grigoriopol relay towers. Although, of course, both the special forces and the army, consisting of conscripts and contractors, “keep the gunpowder dry.”