Prisoners under investigation complain about violation of their rights

A “telephone riot” is brewing in the only women's pre-trial detention center in Moscow. The detainees have resisted the new rules, which, in fact, prohibit them from calling their children, parents and husbands, even if the court or the investigator has given consent. In general, for the first time, prisoners began to be limited – I emphasize – in allowed calls. 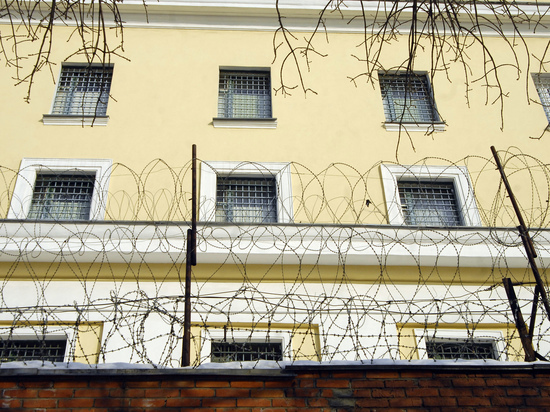 Recall that calls from prisoners still depend on the will of the investigator. He usually gives permission in exchange for a confession. And since recently the prisoners have begun to write complaints more often, go to court, write letters almost to the president, then the representative of the investigation after some time (usually, when the investigation itself ends) with difficulty, but still gives. If not, then the judge usually does not refuse calls (when the case is taken to court).

So, even in the draft new Internal Rules of the SIZO, it is prescribed that mother prisoners who have such permission in their hands must be given a call within 24 hours. It's a small step, but it's progress. I note that initially human rights activists insisted that they could call their children without any permission at all, and this was supported by the head of the Federation Council, Valentina Matvienko.

But here's what happened in the women's pre-trial detention center No. 6.

There were tears and screams in absolutely every cell.

“I have permission to call two children in my hands,” says the prisoner. – I got it a year later! One child studies at a metropolitan school, the other at a university (not in Moscow). They live in different places. But they took me to the calls and said: “Choose, you can call one person. And if he does not pick up the phone, then another call is already impossible. Why should I choose between two children?!

– And when I chose and called, the child did not pick up the phone, – another cries. – And the next call is possible only after 10 days. These are the new rules, which, as we are told, were lowered by the Federal Penitentiary Service of Russia “from above”.

“I was waiting for my case to go to court, and only then did I get permission to make calls,” says another prisoner. “Two years without telephone service!” And here is the cherished permission to call mom and children. And in the pre-trial detention center they say – choose which of them. Why should I make such a choice at all? This is both illegal and inhumane! In the end, I called my mother only because there are more chances that she will pick up the phone. After all, now if you don’t get through, you can’t call another number. Can you imagine? I never heard from the children. Those who invented these innovations have no heart.

The women are 100% right. Neither the law on detention nor the TAC has limits on the number of calls, if allowed. It is not said there that a woman can dial only one number for one exit to the taxi machine, and that if they don’t answer at the other end, then you can’t dial others. And all these years there were no problems.

The innovation, as the employees assure, appeared after checking the central office. For some reason, the inspectors decided that telephone conversations were organized incorrectly and made their recommendations. Now they began to provide calls for them in the women's pre-trial detention center.

All this, I repeat, is against the law. According to the meaning and letter of the law, the administration is obliged to provide as many calls as the prisoner has permits. If there are not enough taxi machines or employees for withdrawal, etc., this is the problem of the Federal Penitentiary Service, not the prisoners.

The very fact that they decided to test the innovation specifically on women makes one wonder. Against the backdrop of talks by the authorities about the need for concessions for prisoners with children, improving their conditions behind bars, this looks almost like a provocation.