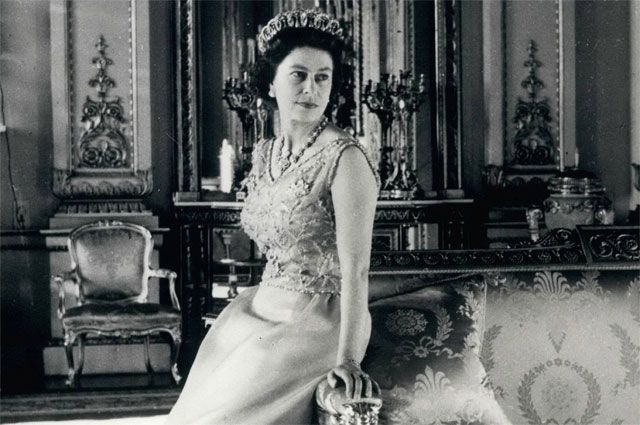 In the history of relations between Queen Elizabeth II and our country, there was one bright episode, which, perhaps, will one day become an occasion for creating a motion picture. In the summer of 1961, the royal met a Russian guy whose world fame overshadowed her own.

April 12, 1961, the Vostok satellite ship For the first time in history, he lifted a man into Earth orbit. A native of Smolensk region, 27-year-old senior lieutenant Yuri Gagarin became a space pioneer. Rather, he was a senior lieutenant at the time of launch, and by the time of landing, cosmonaut-1 had already been promoted to major.

“The whole world carried him in his arms” — a line from a song by Pakhmutova and Dobronravovwas by no means an exaggeration. Gagarin overnight became a hero not only of the Soviet Union, but of the entire planet Earth. The Soviet diplomatic department was stormed with requests from a huge number of countries, pleading for the visit of the first cosmonaut.

Gagarin's amazing smile and his spontaneity instantly drowned the hearts of even those who remained hostile towards Moscow. And relations between the USSR and Great Britain in the early 1960s were far from friendly.

From the moment of Winston Churchill's famous speechin Fulton, our former World War II allies went to great lengths to do the most damage to the Soviets in the Cold War. And if the American approach sometimes rapidly changed from hostile to pragmatic, the British were much more consistent in their hostility.

The authorities did not want to receive Gagarin at a high level. But the people decided in their own way

Here, however, it is worth dividing the aristocracy and ordinary Englishmen, among whom there were many those who always treated the world's first state of workers and peasants with sympathy and warmth.

Hence the nuance associated with the invitation of Yuri Gagarin to the UK — it did not come from the authorities, but from Dave Lambert, General Secretary of the Amalgamated Foundry Workers' Union of Great Britain.

Directive by the Prime Minister Harold Macmillan, representing the Conservative Party, was this: do not arrange official receptions in honor of the Soviet guest and do not draw increased attention to him. To meet Gagarin and those accompanying him, who arrived on July 11, 1961 at Heathrow Airport, the British Deputy Minister of Aviation was sent. Thus the government demonstrated — cosmonaut and cosmonaut, what an incredible thing!

But then everything got out of control. Ordinary British literally surrounded the air harbor, and as soon as Yuri Alekseevich appeared, the crowd began to chant: “Ga-ga-rin! Ga-ga-rin!” Chief of the first detachment of Soviet cosmonauts, General Nikolai Kamaninrecalled: “The English people took the initiative of the meeting into their own hands. The streets through which Gagarin passed were covered with scales of umbrellas: in the drizzling rain, people waited for hours for the appearance of the Soviet cosmonaut. Londoners met Yuri Gagarin with such warmth and cordiality, with such temperament that they refuted all our usual ideas about English restraint and calmness.

Gagarin's smile and simplicity disarmed even British reporters. The blanks, which were supposed to show the Soviet cosmonaut in a negative light, flew into the basket. Newspapers came out with articles where Gagarin was enthusiastically spoken about.

As planned, the Soviet delegation went to Manchester, where the foundry workers' union was headquartered. The local mayor's office, spitting on the instructions of the prime minister, raised a red flag in honor of Gagarin over their building. The Soviet anthem in honor of the guest was performed by a military band, and a whole sea of ​​people gathered to listen to the cosmonaut's speech at the rally.

On July 13, Gagarin was scheduled to tour London, and here it turned out that he charmed not only the workers, but also capitalists with aristocracy. The astronaut was presented with gifts by English bankers, and the Lord Mayor of London Sir Bernard Waley Cohenlightning-fast organized a reception in his honor.

Prime Minister Macmillan realized that a little more, and Gagarin's British fans would stage a revolution, so he outplayed everything on the go, and personally received the hero on the same day. 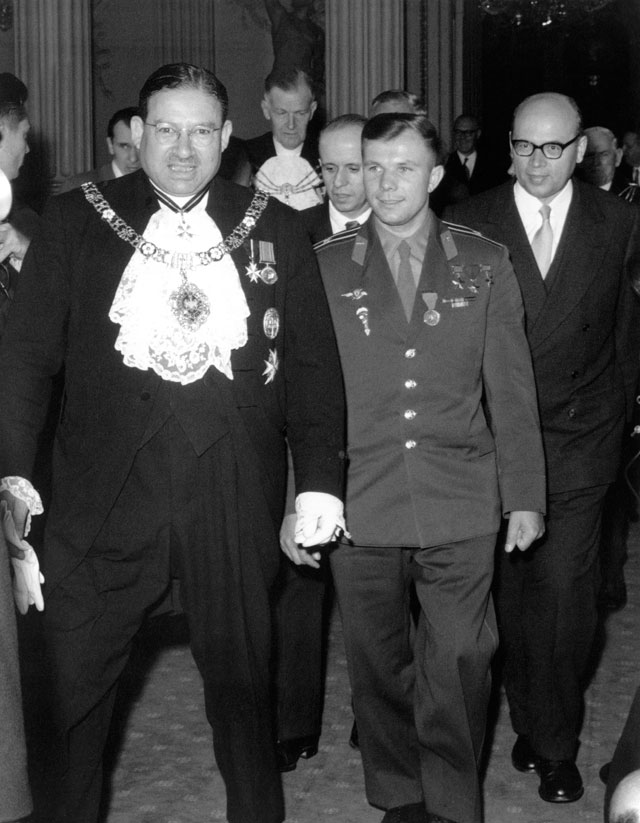 Pilot-cosmonaut, Hero of the Soviet Union Yuri Gagarin during a trip to the UK as part of an international tour. Yuri Gagarin meeting with Mayor of London Bernard Whaley-Cohen (left). The photo was taken in London in July 1961. Photo: RIA Novosti

A call from Her Majesty

Meanwhile, an unexpected call rang out at the USSR Embassy. Elizabeth II's secretary asked if Yuri Alekseevich would accept an invitation to visit Her Majesty at Buckingham Palace.

Of course, the answer was yes. Moreover, the situation turned out to be quite scrupulous: the fact is that in 1956 the Soviet leader Nikita Khrushchevthe royal person was very reserved, despite the expensive gifts he brought, honoring him with only a tea party. According to etiquette, after such a reception of the head of state, it was impossible to give great honors to an ordinary officer.

But the thing is that Gagarin was already so unusual that even the English crown was ready to change the rules for him.< /p>

July 14, 1961 they met — A 27-year-old conqueror of starry space and a 35-year-old mistress of an age-old empire. And all the order and etiquette fell down at once. The Soviet guests were met in the lobby by the employees of the palace. It was a violation of the rules, but Elizabeth II went to meet people who dreamed of seeing Gagarin with their own eyes.

The lady with a dog and children

But the queen also managed to surprise the Soviet guests. General Kamanin recalled: “First, a small dog on short legs ran into the room, and then the queen entered, accompanied by the Duke of Edinburgh and the ten-year-old Princess Anna. We were surprised how simple and without pathos the queen looked — she was wearing an ordinary dress, no jewelry or cosmetics.

Small dog on short legs — it was one of the queen's favorite corgis. As for the simplicity of Elizabeth, we should not forget that she saw life in different manifestations. During the war years, the then princess worked in a military garage, having mastered the professions of a driver and a mechanic. And, by the way, until her most advanced years, the queen herself famously drove a car, being the only person in the UK who legally did not have a driver's license.

The life path of Elizabeth II