Vadim Krasnoselsky said that the participants in the 5+2 format should sign such an agreement in order to reinforce their desire for peace in the region. He urged to continue the dialogue on settlement in Transnistria 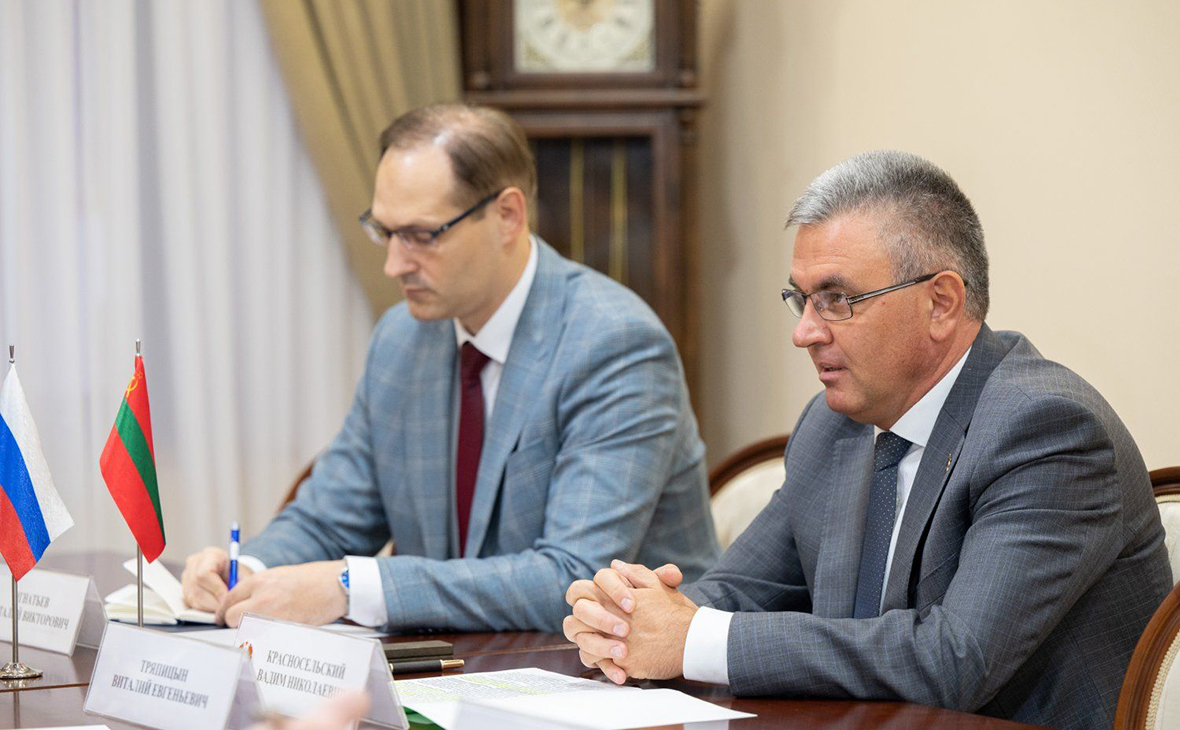 The President of the unrecognized Transnistria, Vadim Krasnoselsky, announced the idea of ​​a “single document on peace and security guarantees”, which would be signed by all participants in the “5 + 2” format ;.

“Let everyone sign it, since they are talking about peace. Let them put their signature and thereby guarantee peace on our land. May all who speak of peace back up their desire with a signature— this will be a joint statement of all participants in the “5 + 2” format; on the guarantee of security in Transnistria»,— said the head of the republic at a meeting with the Russian delegation. According to its leader, Vitaly Tryapitsyn, the dialogue on settling relations between the PMR and Moldova is “stalling”. Krasnoselsky stressed that “the dialogue must be continued for the sake of peace”, although he is hindered by the lack of work in the “5 + 2” format.

He thanked the Russian peacekeepers for maintaining peace and security in the republic.

The Pridnestrovian Moldavian Republic (PMR) declared its separation from Moldova in 1990. Until 1992, hostilities took place there, which ended with the signing of an agreement “On the principles for the settlement of the armed conflict in the Transnistrian region of the Republic of Moldova”.

Negotiations on the settlement continued after the signing of the document, including number in the format «5+2». Moldova and the PMR participate in it as parties to the conflict, Russia, Ukraine and the OSCE— as intermediaries, and the United States and the European Union— as observers.

The only round of negotiations in the “5+2” format took place in 2019 in Bratislava. The parties did not sign a document following this meeting.

After several incidents in the republic, which its authorities regarded as terrorist attacks, in April Krasnoselsky called on Chisinau to use two formats of communication in connection with the situation in the region: not only “5 + 2”, but also “1 + 1”. “We must agree, agree on peace first of all and preserve this peace,” — the President stressed. In his opinion, “militant groups” were involved in the incidents in Transnistria. from Ukraine, and the organizers of the attack are trying to drag the unrecognized state into the conflict.

In May, Krasnoselsky said that the “5 + 2” format is impossible for objective reasons, so it is necessary to develop contacts in the “1 + 1” format. «Two guarantors— Russia and Ukraine— are fighting among themselves. How to put them at the negotiating table? Probably unthinkable today»,— he explained. After that, the Russian Foreign Ministry admitted that the negotiation process “5 + 2” reached a dead end.