Why does a giant need two hulls

The information previously announced in the media that the legendary, the world's largest strategic nuclear submarine “Dmitry Donskoy” is being withdrawn from the combat strength of the Russian Navy, turned out to be premature. It turned out that the decision on its disposal has not yet been made. According to TASS, at least until December 1, 2022, it will continue to fulfill the tasks set by the command. Andrey Zhidelev, Captain 1st Rank, told MK about the glorious path of the Project 941 Akula heavy nuclear submarine and those who served on it in different years. 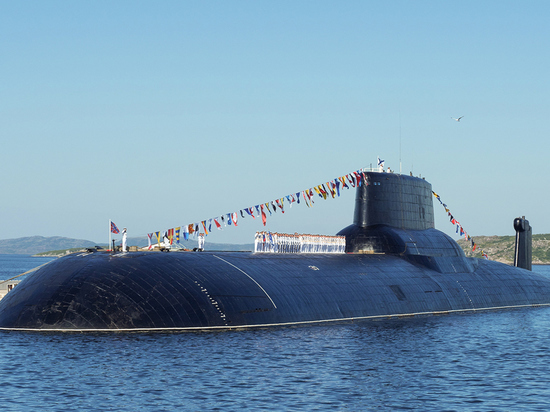 “The construction of this strategic submarine began in 1976 at the height of the Cold War, when Warsaw Pact submarines and surface ships opposed NATO forces,” says Captain 1st Rank Andrey Zhidelev. – It was necessary, roughly speaking, to surpass the Americans with their Ohio-class submarines and give a worthy response to their Trident nuclear missile program. The challenge was to create something better and more. Our design bureau, under the leadership of academician Sergei Kovalev, designed and put into production such a Project 941 Akula missile carrier.

It was the pinnacle of Soviet submarine shipbuilding. In total, 6 hulls were built, although it was planned to create 10.

– The first heavy strategic submarine cruiser TK-208 then became known as Dmitry Donskoy. When I served, our submarines had only an alphanumeric designation. For example, K-51. It was usually said that it was not the submarine that went to sea, but, for example, Olkhovikov went to sea, or Ivanov went to sea. That is, the submarine was given the name of the commander who controlled and commanded it.

— A very unusual, clever design solution was applied there. The submarine had two strong hulls modeled on a catamaran. Between these buildings were placed 20 launch silos with intercontinental-range ballistic missiles. In each building there was a nuclear reactor, a pop-up rescue chamber, that is, everything was in two sets. The whole structure was united by a lightweight body. There were 19 waterproof compartments in total.

It was a real unsinkable rocket launcher. It was possible to get from one main strong hull to another through three transitions located in the central part, on the bow and in the stern, through capsule compartments.

The submarine had a gym, a relaxation room with changing images on the walls, a sauna and a swimming pool. Impressive Americans called the submarine “Submarine Hilton” by analogy with a large hotel. The length of the cruiser was 172 meters, width – 23, height – 26. In the surface position, a dump truck could turn around on its missile deck. Below the waterline, a shark was painted on the hull of the ship. The crew uniforms had patches with the silhouette of a shark.

— The submarine had a buoyancy margin of 52%. The cruiser had great survivability. Could withstand the effects of enemy weapons. And he himself could deliver nuclear missile strikes. Each of the 20 ballistic missiles had 10 homing warheads. The rocket was solid propellant, three-stage.

– The space between her strong and light body was filled with water. She had a surface displacement of 24,000 tons, and an underwater displacement of as much as 49,000 tons. She carried so much excess water between her light and strong body. The spaces were large, there were 20 missiles in total, the diameter of each shaft was 2.4 meters, the height was about 15 meters.

– I commanded the third corps of TK-12, I was the commander of this submarine for eight years. Repeatedly made trips under the pack ice. There were many military services. In 1992, he completed two military services, when the Soviet Union was no more. And when Yeltsin said that our missiles were not aimed anywhere, we were on combat duty.

Andrey Arkadyevich says that the submarine cruiser TK-208, later called Dmitry Donskoy, was also famous for that they were commanded by excellent submariners, on whom one could be equal and wholly rely on.

– The first crew of the first corps was headed by Alexander Vasilyevich Olkhovikov, who received the title of Hero of the Soviet Union, then became rear admiral, commander of our division. He, at one time, when I was the first mate, personally took tests from me. It was a pleasure to serve with him, he always explained everything, helped in every possible way. The commanders of this submarine are a real treasure trove of our division. This is Vasily Ivanovich Plotnikov, and Igor Abramov … Our colleague Arkady Yuryevich Romanov, who came to serve on the boat after graduating from the Lenin Komsomol Higher Diving School, as a lieutenant, made his way from an engineer of a missile warhead to a cruiser commander.

In 2002, the submarine experienced a rebirth. It was re-equipped to test a fundamentally new sea-based intercontinental ballistic missile Bulava.

– “Bulava” entered service with our submarine forces and is still working. The Motherland deservedly noted the successes of Arkady Yuryevich Romanov, under whose leadership the crew of the submarine tested the Bulava missile system. He is currently Vice Admiral, Deputy Commander of the Black Sea Fleet.

There is a tradition on submarines, a kind of ritual. Those who dive underwater for the first time, regardless of their positions and ranks, are supposed to drink from the outboard sea water lighting and kiss the swinging sledgehammer. But to drink from the ceiling – the depth gauge valve – salt water to the bottom – yes. However, there were traditions everywhere.

The head of the All-Russian Fleet Support Movement Vladimir Maltsev told TASS that a decision on the fate of the legendary cruiser Dmitry Donskoy from the shark series will be made before the end of 2022. At least until December 1, 2022, it will continue to fulfill its tasks.