Kodak Black is locked in with Trump forever.

There’s no doubt that Kodak Black is thankful to former President Donald Trump for his freedom. After all. It was Trump, who on his final day in office, extended his Presidential pardon to the rapper along with veteran Lil Wayne. Kodak has taken his appreciation to new heights after he spent a ton on a new championship ring to show his loyalty to the 45th President.

He made the revelation during his most recent interview with Fat Joe and his lawyer Bradford Cohen. He showed off his unwavering commitment to Trump by getting the former President’s name on a ring. He flashed his “Trump Ties” piece on camera. It must have been one of the first things he got following his release since one of the first places he went to was his favorite jewelry store. It’s an awfully expensive way to show your love for the President that many feels has been the most polarizing in US history. 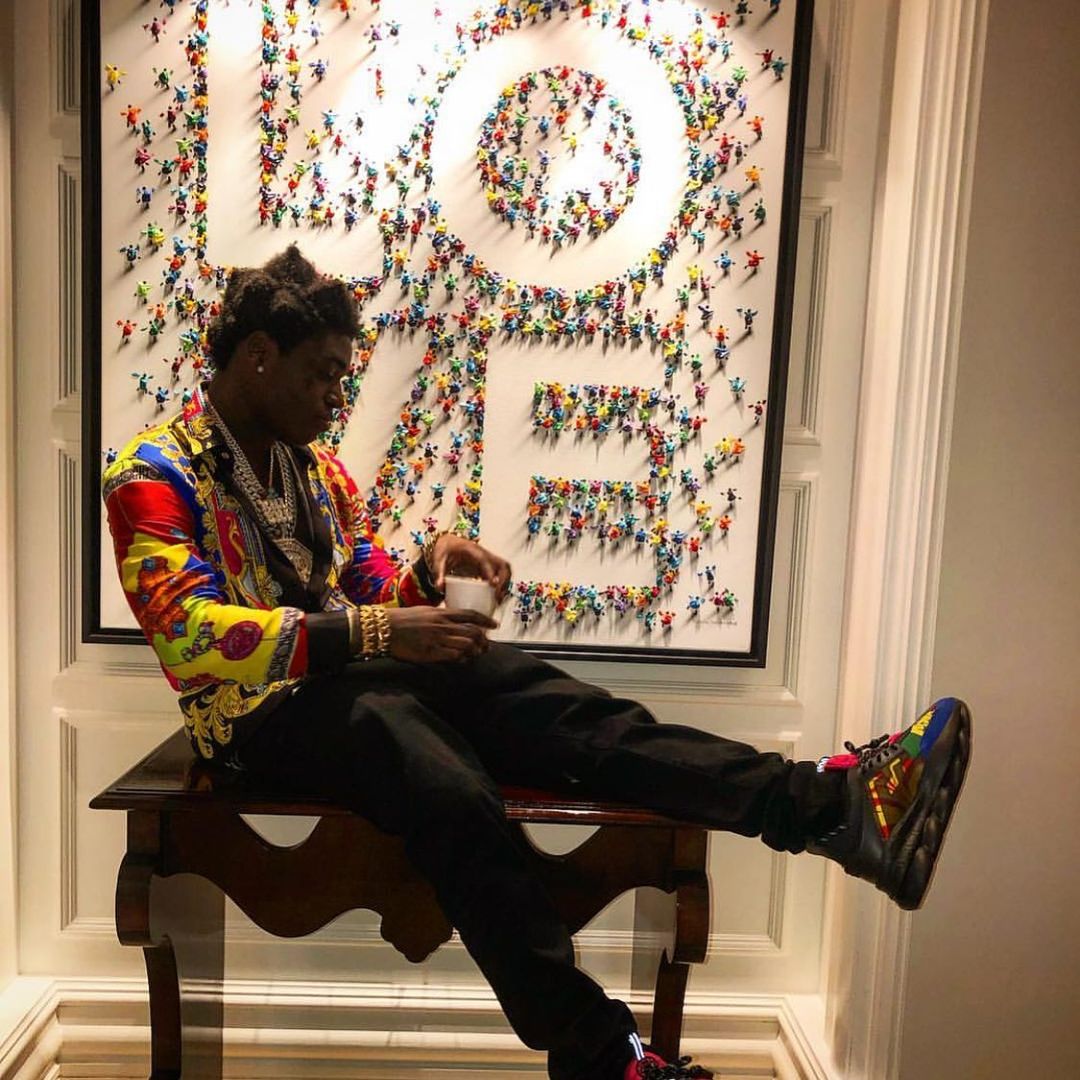 Since being released, he’s also used social media to thank the former President. In January, less than a week after he was released, he dropped his first post-prison song, called “Last Day In.” In one line of that song, he said, “Trump just freed me, but my favorite president is on the money/ All they hatin’ presidents has become evident to me.”

Kodak was in federal prison after pleading guilty to a firearms possession charge. He may still face prison time after being indicted on a felony charge of first-degree criminal sexual conduct in 2016.

In the video around the 19:30 mark in his new interview with Fat Joe, Kodak proudly raised his ring to the camera and asked Joe to read what it says. “You see what it say?” he proudly asks the rapper, who then adds, “Trump Ties.” He may be walking a thin line as while many of his fans and supporters are happy he’s been pardoned, they have no love for Trump.