Mavado fans can rest easy as he’s promised that new music videos are on the way.

The Gully God called on his fans to give him some time, though, as he gets things in order to produce some more work. Mavado was responding to the news that the lyric video for the track “Not Perfect” has reached five million views on YouTube.

He took to Instagram to thank his fans for their support: “Give thanks to my fans 5 million and counting without a video but yes I’m giving you a couple videos very soon lol don’t vex with me please to see with me ok,” he said on May 10. He posted the message alongside a video of him walking through a street surrounded by loyal fans. It may be a clip from the upcoming video. Bounty Killer and Tanya Stephens used the flame emoji to express their support.

It’s actually been quite a while since he’s done an official video. In fact, it’s been almost two years. It’s totally understandable, though, as the “Father God” singer has been having a very difficult period. In March, he lost his mother, Elizabeth’ Ms. Pinny’ Gordon, suddenly.

The death rocked him, and he posted a message on Instagram detailing his feelings of loss.

“I’m all alone, can’t trust no one, but I could always put my life in your hands from I was a kid. It was always me and you walking up and down Constant Spring Road. Them days my little sister was just a baby. Them days I always said as a kid, I’m going to buy you the biggest house and the prettiest car when I grow up. l build you the biggest house. I keep my promise mama. I did it and the world will remember us, me and you. Jah know, have never felt like this before. Wow, my best friend gone,” he said at that time.

Not too long after that, his son Dante was sentenced to life in prison for the 2018 murder of Lorenzo Thomas. The 18-year-old was sentenced to 15 years for arson and 20 years for illegal possession of a firearm as well. Despite it all, it seems Mavado is trying to push through and come through for his fans.

Dancehall artiste Mavado is currently mourning the death of his mother, Elizabeth “Ms. Pinny” Gordon, who passed away suddenly last week. The entire entertainment fraternity has rallied behind the “Gully Side” artiste as he goes through this time of bereavement. He has gotten numerous sympathetic messages and words of encouragement even from persons once considered rivals. One artist who has reached out is Popcaan, with whom he had a long-standing beef.

In a heartfelt Instagram Story upload directed to Mavado, Popcaan wrote, “Keep yo meds firm up same way singer, keep fighting the fight, condolences to you and your family, tough times for everybody, stay up!” he also added, “Unruly wish bad on no one.” It is good to see that despite whatever past differences they may have had, this may just be the first stepping stone to mend those broken fences. Another artist that has not been a big fan of Mavado, Bounty Killer, also expressed condolences and seemingly bury their old feud. 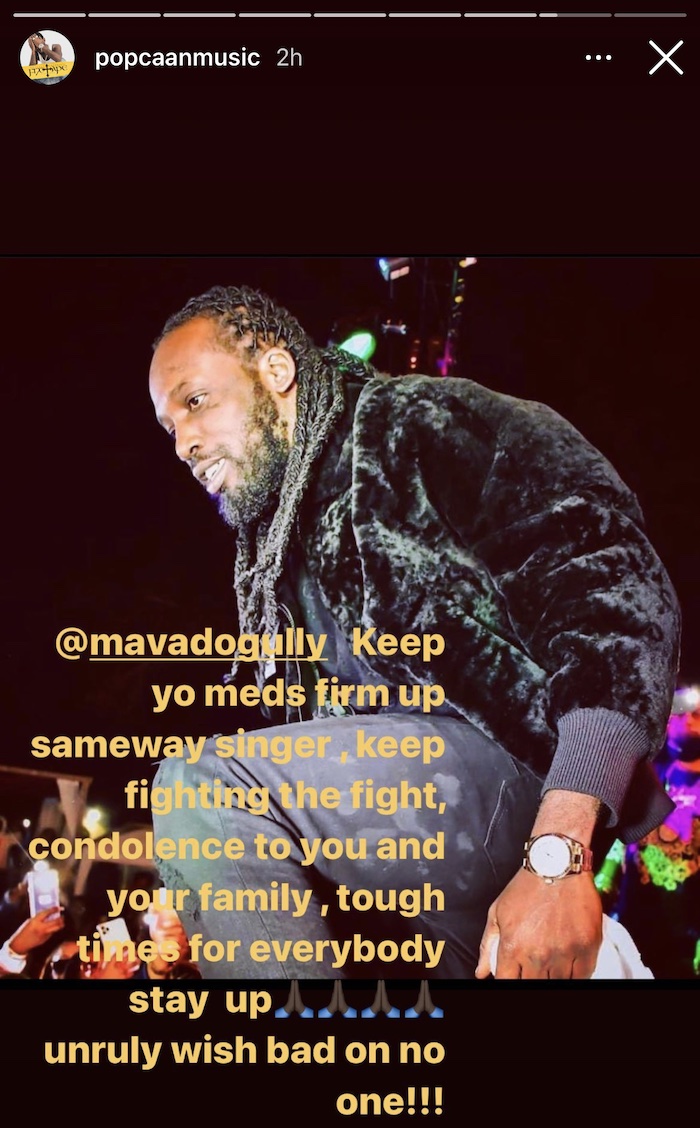 Popcaan and Mavado have been beefing since the Unruly Boss’s days under the tutelage of Vybz Kartel, his arch-nemesis. Things appeared to have cooled down at one point, and as they appeared, Snoop Dogg’s “Lighters Up” in 2013.

That truce did not last long, and they both started doing diss tracks aimed at each other. Late last year, their long-standing rivalry seems to be very much alive, with Popcaan referring to Mavado as “irrelevant” during an interview. Drake got in on the action at one point as he took aim at Mavado. The Gullyside leader who now resides in Florida released “Enemy Line” to clapback at both Popcaan and Drake.

Mavado has quite a full plate at this point. Apparently, the day his mother died was also the day scheduled for his son was sentencing after being convicted of murder earlier this year. It was, however, later postponed to March 19. The culture of dancehall is once again shifting towards a greater sense of unity as more past rivals try to bury the hatchet. 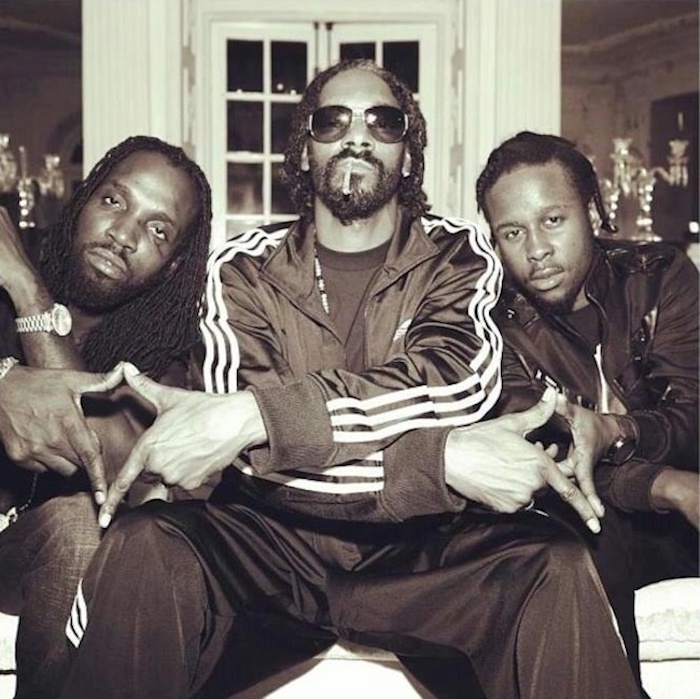 Popcaan recently appeared on collaboration for Beenie Man’s new album, another artiste he had issues with. The Unruly Boss has also mended past wounds with Bounty Killer.

One artist who has also been very vocal on unity in the dancehall area is Sean Paul, who is currently preaching a message of “collaboration over confrontation.” The most decorated Jamaican entertainer of the modern era recently dropped his Live N Livin album, which is compromised of a handful of collaborations with other artists spanning different genres. We can only hope this trend is one that continues.