Cardi B says she’s not making the same mistake twice amidst 6ix9ine trolling her.

Tekashi 6ix9ine made a dramatic return to social media with his recent run-in with Meek Mill in Atlanta. While that in itself sparked enough conversation to accommodate a successful new single or video, the rapper is already on to the next one after releasing his song “Zaza,” which features a soundbite from the confrontation with Meek.

Taking to Instagram to start trolling his next victim, the controversial New York rapper alluded to Cardi B when he shared a poll on Instagram Stories asking, “If I took women to hotels, drugged them, and then robbed them, would I be canceled?”

6ix9ine was clearly taking a jab at the Hustlers star who once admitted to drugging and robbing men in her previous career. She seemingly addressed the shot Tekashi69 took at her with her own post on her Instagram Story. “I will never let NOBODY take advantage of me again!” Cardi B wrote. “The industry is weird but I won’t make the same mistake twice,” she added in a second post. 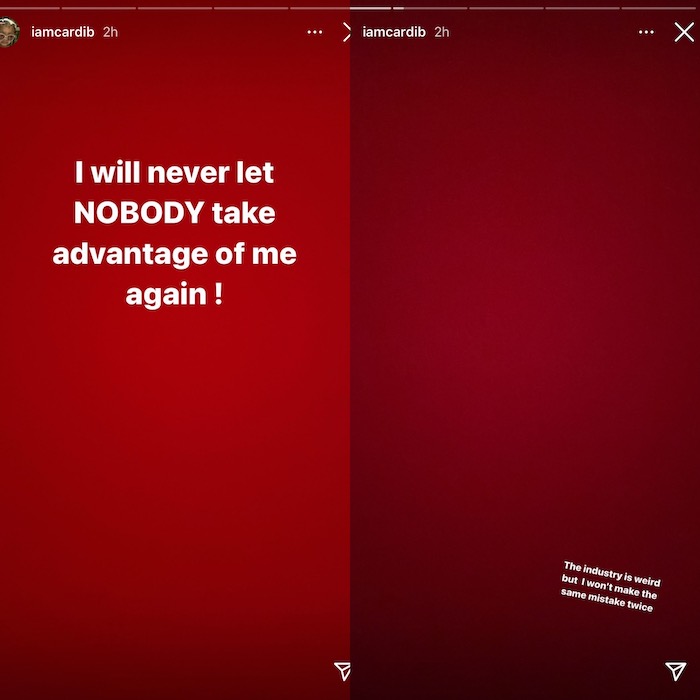 DJ Akademiks shared a screenshot of Cardi’s sentiments on his page, causing Tekashi 6ix9ine to react in the comments. “Bill Cosby went to jail… remember that boys,” the rapper wrote, suggesting that there is a gender double standard.

Tekashi 6ix9ine has made a whole career out of trolling, so the fact that he instigated this and is happily chiming in on the aftermath comes as no surprise. However, Cardi B is showing growth, and as she said, she learned from her mistake. It is probably wise of Cardi not to speak on the controversy again, and I think her PR team would agree. 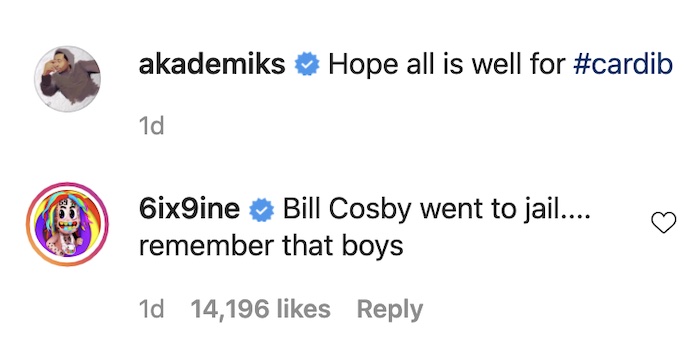 Tekashi 6ix9ine being a professional troller, has become quite good at drawing people out, but he doesn’t seem to be getting the better of Cardi B so far. Do you think 6ix9ine will continue to troll the “Up” rapper?