Lil Durk splurge on a new King Von chain all while 6ix9ine is slandering the late rapper on social media.

Tekashi 6ix9ine was up to his usual antics yesterday when he shared a series of shocking and disrespectful posts aimed at his rival Lil Durk. The mega-troll decided to use the most abrasive piece of info he could find to hit at the rapper, which came in the form of Durk’s slain friend and confidant, King Von.

For this round, 6ix9ine sported a freshly printed t-shirt bearing Von’s image while showcasing his massive spinning troll pendant. In another photo, he was seen playing the role of a dead body lying in the streets. That reenactment photo was titled #PICKYAMAN.”

6ix9ine’s photo dump was then given a taunting caption repeating his previous statement about taking out the person who killed your friend or family member. 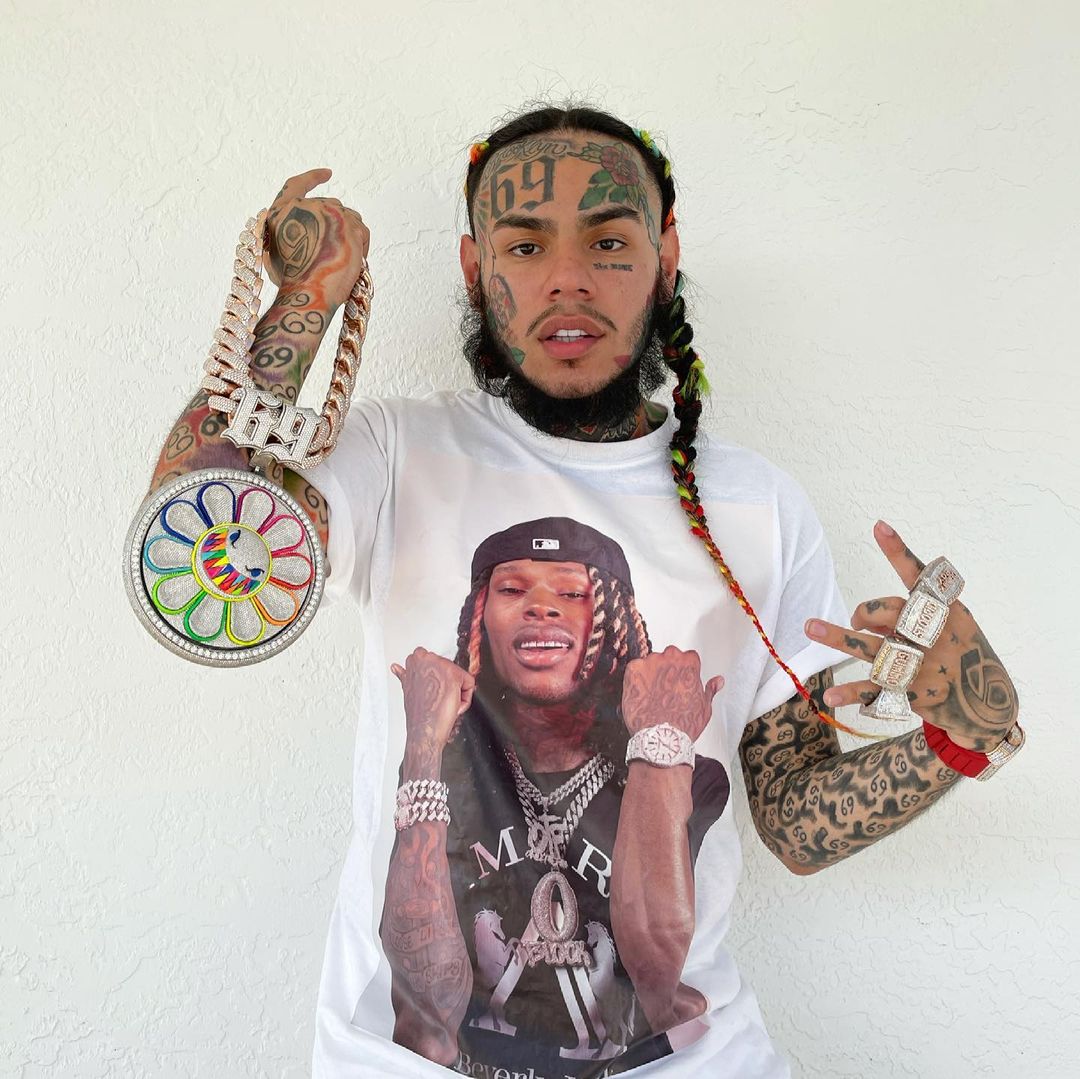 Strangely enough, 6ix9ine’s post arrived just a day before Lil Durk showcased his custom-made pendant made to preserve the memory of his dear friend. The Chicago kingpin’s memory tags were done by New York-based jeweler Izzy of NYC Luxury Co. Izzy also chose to show off the iced-out piece on social media. “30 pointer tennis chain” with “all VVS E color stones,” the designer wrote below his post on Instagram. The memory tags feature photos of both Durk and the late Von, with one showing capturing a moment when they both shared a stage.

The icy treat is just the latest tribute from Lil Durk to his dead homie. His most recent album, The Voice, was offered as a remembrance of the life of the Von. The project has since been certified gold and has spawned a deluxe version.

King Von died in November 2020 following a fatal shooting in Atlanta. Surveillance footage later revealed he was involved in a fight with rival Quando Rondo and his crew.

This is not the first time Tekashi has spoken on the name of Durk’s dead associates. During his visit to Chicago to promote his album Tattle Tale, 6ix9ine visited the area where one of Durk’s family members was stained. It could be concluded that the “ZAZA” rapper’s main form of promotion is to stir controversy by attacking his rivals. Sadly, this means one should not be too surprised to see more shots being taken at Durk via Von’s death.