Tommy Lee Sparta‘s day of reckoning is finally here, and as the law would have it, the “Blessings” deejay has been hit with a 3-year sentence behind bars. The seriousness of the situation, which will see the deejay not being able to spend time with his family, has seemingly been lost on Jamaican Twitter, who have been pumping out clever memes to address how they feel about the situation the Sparta Boss and other local entertainers have found themselves in.

One Twitter user joked that the proclaimed King Of The Dancehall Vybz Kartel had called Court. As such, the likes of Laden, past members of Portmore Empire Tommy Lee Sparta and Shawn Storm, and one-time sparring partner Ninjaman, have all found themselves in the big house(prison).

“Kartel file fi everybody,” came the hilarious tweet. “Sting can keep a prison this Christmas,” came another clever suggestion.

Sting, which is considered the Greatest One Night Show On Earth, built its reputation on the back of high-profile clashes against the hottest acts in Jamaica.

Ninjaman has dominated the Sting stage for many years, leaving lesser opponents gasping for air and lyrics. A Vybz Kartel vs Ninjaman battle would definitely turn heads, and with both men more mature, the fist thumping of 2004 Sting should be a thing of the past. Vybz Kartel is also pretty famous for his Sting 2008 battle against Mavado. With the Gully Gad spending much time in the States, it would be left to his son Dante Brooks to relive the legacy, especially with a life sentencing to consider.

Kartel was the first to be incarcerated for the murder of Clive ‘Lizard’ Williams. His trial of 65 days is said to have been the longest in Jamaica’s history. In 2014, the popular and beloved artiste was sentenced to life in prison.

Vybz Kartel is still making music to this day, releasing albums such as To Tanesha, Dancehall Royalty, X-rated, Of Dons & Divas, as well as a slew of singles and music videos. Since his incarceration in 2011, Kartel has shown no signs of slowing down and is still perhaps the most consistent dancehall artiste when it comes to releasing new music.

Not only did he released several albums, but also hundreds of singles, both solo and collaborative efforts with a plethora of local and overseas artists. Let’s not forget that he also released a book.

Shawn Campbell, famously known as Shawn Storm, is considered Vybz Kartel’s right hand. He was sentenced in the same murder trial to 25 years which was later reduced to 22 years and 6 months.

Shawn Storm is known for his songs such as “My Life” and “Loyalty,” which would definitely be sing alongs if he was to grace to Live From Prison version of Sting. 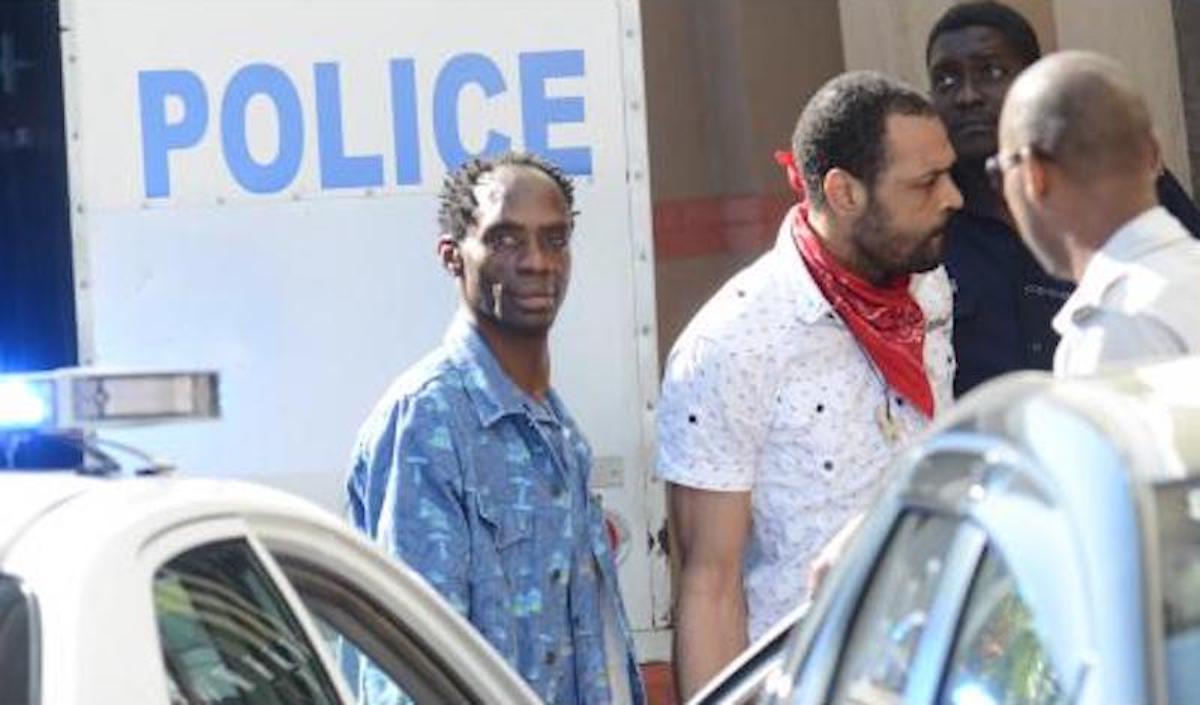 The great Desmond Ballentine, famously known as Ninja Man, followed suit in 2017. He was found guilty of the murder of Ricardo Johnson and was sentenced to life in prison, with the possibility of parole after 25 years.

Tommy Lee Sparta has been in and out of police custody a number of times. He recently pleaded guilty to the offenses of illegal possession of firearm and ammunition, for which he was sentenced. He was found with a firearm along Holborn Road, New Kingston, last December and was subsequently arrested and charged.

The Montego Bay deejay was sentenced to 3 years in prison after pleading guilty to possession of an illegal firearm. His attorney Donahue Martin says his sentence was drastically reduced because he pled guilty and had no prior conviction.

Rytikal, another promising entertainer, appeared before the gun court to answer charges of illegal possession of firearm and ammunition. His place on this hypothetical version of Sting still hangs in the balance. Yesterday he was offered a 1 million dollar bail and will go to trial on April 28.

“Prison Splash line up is looking outstanding,” concluded another fan on Twitter.