Nipsey Hussle’s widow Lauren London is speaking out about some new reporting alleging that she is pregnant.

They say the rumor mill is always turning, and today the spotlight is on actress Lauren London. Social media is abuzz with news that London may have a “bun in the oven.” But is this wishful thinking on the part of her fans and well-wishers? Or is there some truth to the stories floating around?

The actress was dating Nipsey Hussle before he was killed back in 2019. She also has a son for the late rapper. London began her career in music videos before transitioning to film and television acting. She rose to fame for her portrayal of Erin “New New” Garnett in the 2006 film ATL.

While we would all love to say congrats to the actress who has had a tough couple of years, we must unfortunately report, these rumors are just that. Hussle’s former bodyguard JRoc has shut the rumors down that London is pregnant. He then decided to capitalize on the press by promoting an upcoming track with Nipsey Hussle and Jay-Z.

JRoc stated via Instagram: “Fake news, you people is miserable but sense we got y’all attention What It Feel Like Hussle x Hov 2/12/21 #TMC.” 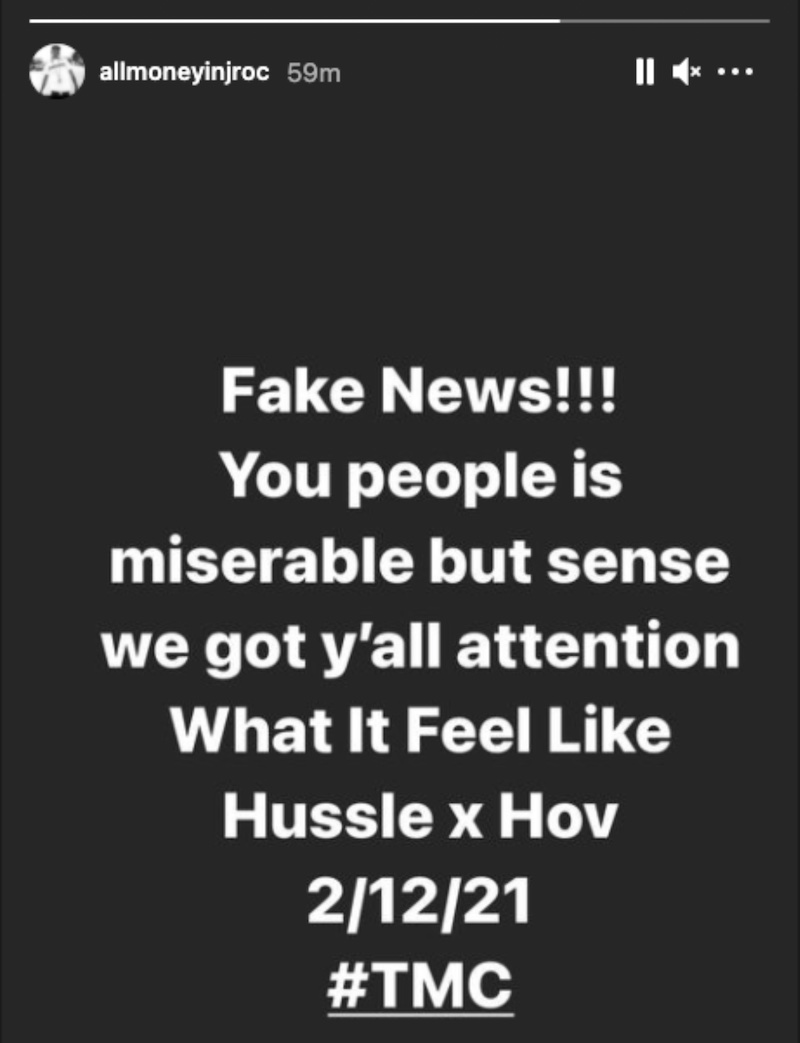 London also rubbished the claims of immaculate conception when she took to Twitter earlier today. “Woke up to some straight bulls**t. Rumors ! Lies ! On a woman trying her best to heal?! Please stop. I’m NOT pregnant,” she tweeted.

Reports had emerged from the LA Sentinel claiming a close friend of London had confirmed her pregnancy. The news ultimately led to London getting a trending spot on Twitter. Now that the dust has settled, it seems the perfect time to question if it’s too soon for London to start dating again.

Woke up to some straight bullshit. Rumors ! Lies ! On a woman trying her best to heal?! Please stop. I’m NOT pregnant.

Nipsey Hussle, whose real name is Ermias Joseph Asghedom, was shot and killed in Los Angeles on March 31, 2019, in the parking lot of his The Marathon Clothing store. The legendary West Coast rapper was 33 at the time of his death. Hussle and Lauren London shared one child together, a son name Kross Ermias Asghedom, although they both have children from previous relationships.