Bunny Wailer, the last of The Wailer, died leaving behind a rich musical legacy that will forever etch in the fabric of reggae music and Jamaican culture.

Wailer, whose real name is Neville O’Reilly Livingstone, died at the Medical Associates Hospital in Kingston. Also affectionately called ‘Jah B’ by friends and family, Bunny Wailer was a singer and songwriter and percussionist and the last living member of the renowned Bob Marley and The Wailers group that also included Peter Tosh, another founding father of Reggae Music.

Wailer is a three-time Grammy award winner and was awarded the Order of Merit for his contribution to popular culture, an award given to Jamaican nationals for their lifelong impact and contribution to the development of Jamaica. Among those who have publicly grieved his loss are his family and friends and Jamaica’s Prime Minister Andrew Holness, who called his death a “great loss for Jamaica and for reggae.”

Among his most memorable songs is “Electric Boogie” with Marcia Griffiths that has an accompanying dance – “the Electric Slide” that has become a family tradition for many generations at family events, weddings, and birthdays. His voice leads records like “Keep on moving”, and “Riding High.”

Bunny Wailer’s career began as a small boy in the rural St. Ann community of Nine Mile. It was his destiny to meet Bob Marley while they were only children. He was raised by his father, Thaddeus “Toddy” Livingstone, who ran a grocery store, while Marley was being raised by his mother, a single parent. 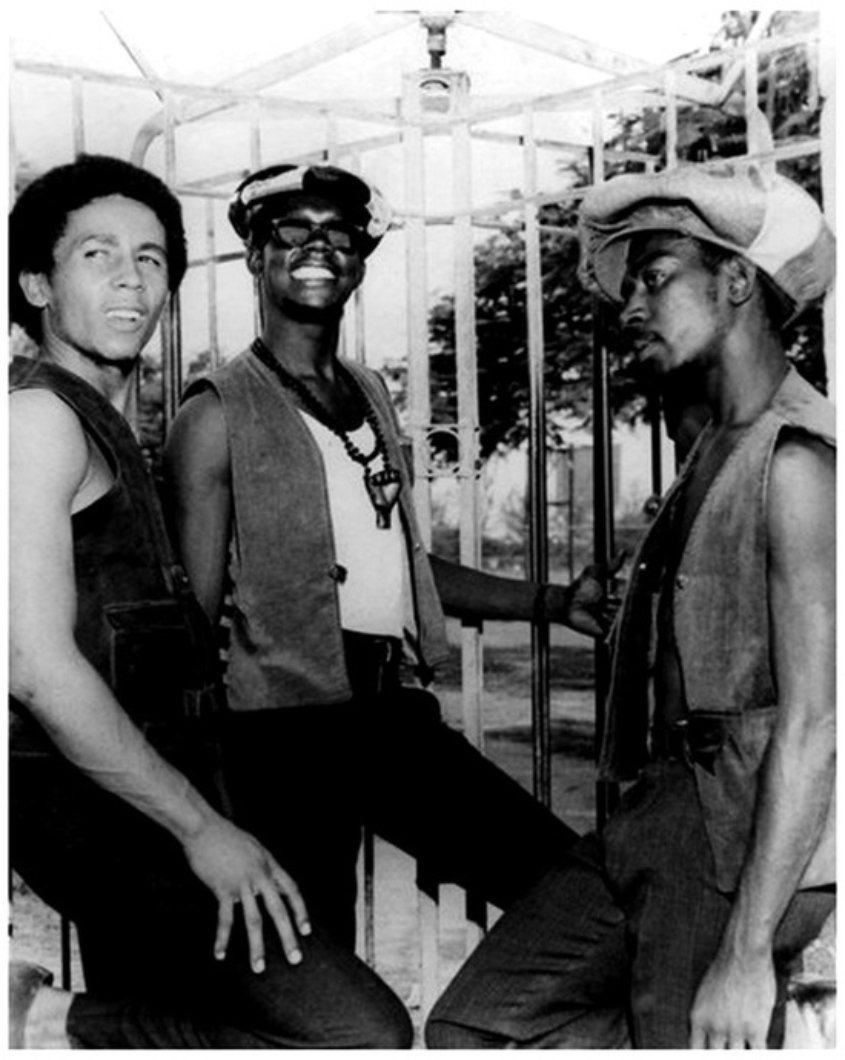 The two quickly formed a relationship as friends and are said to have made their first music while at Stepney Primary and Junior High School as seven and nine-year-olds.

After Marley’s father passed away in 1955, his mother Cedella and Toddy struck up a relationship, and the two young men became step-brothers. They also shared a half-sister, Pearl, who was born from that union.

As young men, the two wanted to pursue music, and in order to do so, they felt their best chance was to move to Kingston. Here they moved to Trenchtown, and they then met a teenaged Peter Tosh. After his failure to attend his music audition on time, Wailer did not give up, and the three ended up forming the “Wailing Wailers,” which included Marley and Peter Tosh.

According to documented records, the name of the group was chosen because “We started out crying”, Marley said- in reference to the young men’s earnest search for a break into music.

Aside from that, they had no money and lived frugally in Trenchtown- a large tenement yard with communal bathrooms and water facilities. The economic harshness of their reality drove the men into music, and where they first encountered Rastafarianism, although it was still a relatively new religion and shunned in Jamaican society due to its acceptance of marijuana use.

However, that was no bar for their determination and creativity. Bunny Wailer reminisced about their early beginnings and having to make his own guitar – “a bamboo staff, the fine wires from an electric cable and a large sardine can.”

The Bunny Wailer story is overshadowed by the wide popularity of Bob Marley, and according to the manager of Wailer, Maxine Stowe, it was Wailers’ father, Toddy, who was the glue that brought the men together.

The Wailers also included Peter Tosh, Beverley Kelso, Cherry Green, and Junior Braithwaite, who formed the Ska group during the early 1960s. A local musician Joe Higgs helped to refine their harmonies. However, it was the elder Livingstone who was selling marijuana which was then illegal, who funded the group, which began recording music in 1964.

They quickly topped the Jamaican music scene with “Simmer Down,” recorded at Studio One with the rhythm from studio house band “The Skatalites.”

The group went on to become widely successful for a time. By the early 1970s, Marley and Bunny had learnt to play some instruments, and they eventually hired other musicians to play the bass and drum. In 1974, both Peter Tosh and Bunny Wailer left the band to go solo, and Bunny eventually began operating under his own record label ‘Solomonic.’ 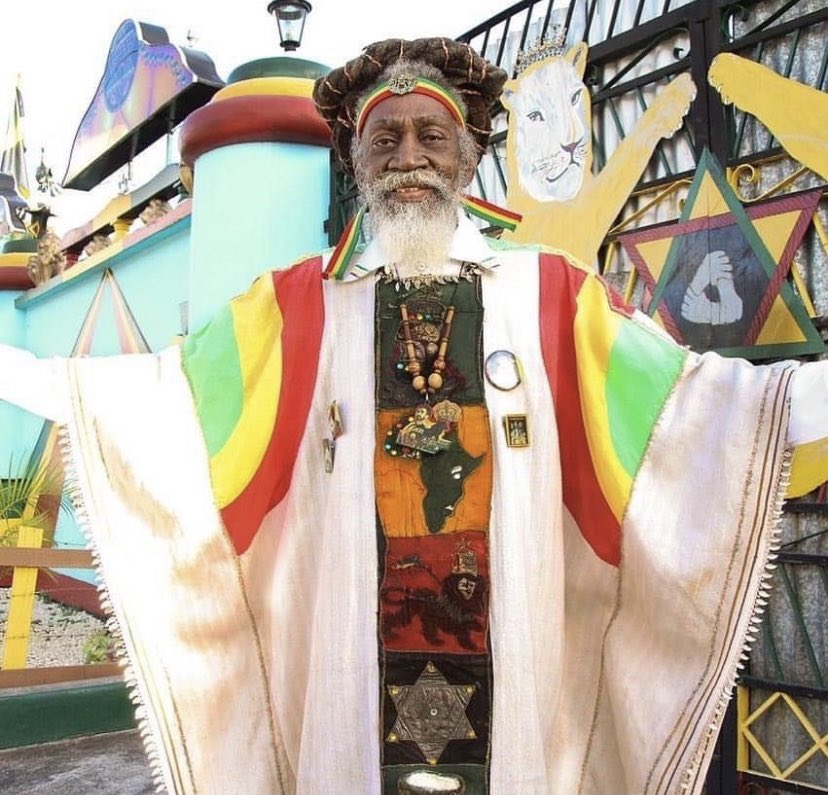 According to historians, the reason Wailer and Tosh famously quit The Wailers in 1974 to go solo was because they refused to go on tours and perform at “freak clubs,” as suggested by Chris Blackwell. His reason behind the life-changing decision was because the suggestion went against his strong Rastafari beliefs and his spiritual path that became stronger while a part of The Wailers.

The band also is said to have issues due to the crookedness of Chris Blackwell, who, according to them- was responsible for the band breaking and the ensuing bad blood among the three original members. Bunny Wailer refers to Chris Blackwell as “Chris Whiteworst” and claims that Blackwell recorded, marketed, and released the band’s work under Bob Marley and The Wailers rather than The Wailers- since 1969, something that was akin to their own credit being stolen.

In spite of these differences, each of the men went on to lead successful lives, and Reggae music spread like wildfire during the 1970s-1980s. However, both Marley and Tosh did not live to see old age, with Marley dying from cancer in 1981 and Tosh murdered in 1987. In his later life, he released dozens of albums and compilations and is viewed as one of the founding fathers of Reggae and Roots music.

He is also noted in the history books as an advocate for the legalization of marijuana and has been known as a staunch member of the Rastafarian faith. It wasn’t always that way as a documentary on his life, “Blackheart Man” says he was jailed in the 60s for ganja. He served 14-months in prison at Richmond Farm Prison, and there he wrote the song “Battering Down Sentence.” The case was later dismissed even though he had served time.

A few years ago, Bunny Wailer suffered a minor stroke that affected his speech. He is married with children. However, tragedy struck the family in 202 after his wife of 50 years, Jean Watt, was reported missing, and up to the time of his death, it is unclear whether she had been found.

According to Bunny Wailer’s family, his wife was 70 years old at the time of her disappearance, and she also suffers from a memory loss. She would’ve turned 71 in September 2020. Watt went missing on May 23, 2020, and the police investigation is still open. In the meantime, the Wailer family has continued to search for her and has a $1 million reward for information or her recovery.

Bunny Wailer wasn’t just the last living Wailer, he was also a strong advocate and protector of the band’s musical legacy and reggae music. He will be missed.