On Monday (September 27, 2021), the artist shared the news on his Instagram account, which included the release date set for October 15th, 2021, as well as the tracklist that had a few major collabs with some of Dancehall’s biggest names.

The 11-track album will see several major music collaborations for Skillibeng, which is no doubt going to benefit his young career as he tries to move away from being an underground artist to the mainstream music scene.

The first song on the list is “Crocodile Teeth,” another remix with American rapper and Hip Hop star Bobby Shmurda, “Sweeten your pain” featuring Davianah and Lil Zack, “Piana,” “Beethoven,” “Thee Most Power,” “Wheelie,” “Dream,” “EastSyde King,” and “15Teen” all by Skillibeng, as well as “Richer” featuring Queen of the Dancehall Spice, “Rocket Launcher” featuring Popcaan and Rich the Kid, and “Stefflon Don” featuring British based dancehall artist Stefflon Don.

Skillibeng also debuted what appears to be official artwork for the song- – crocodile with jaws wide open showcasing its ‘bullet’ fangs and blooding pooling at the edges of the photo. 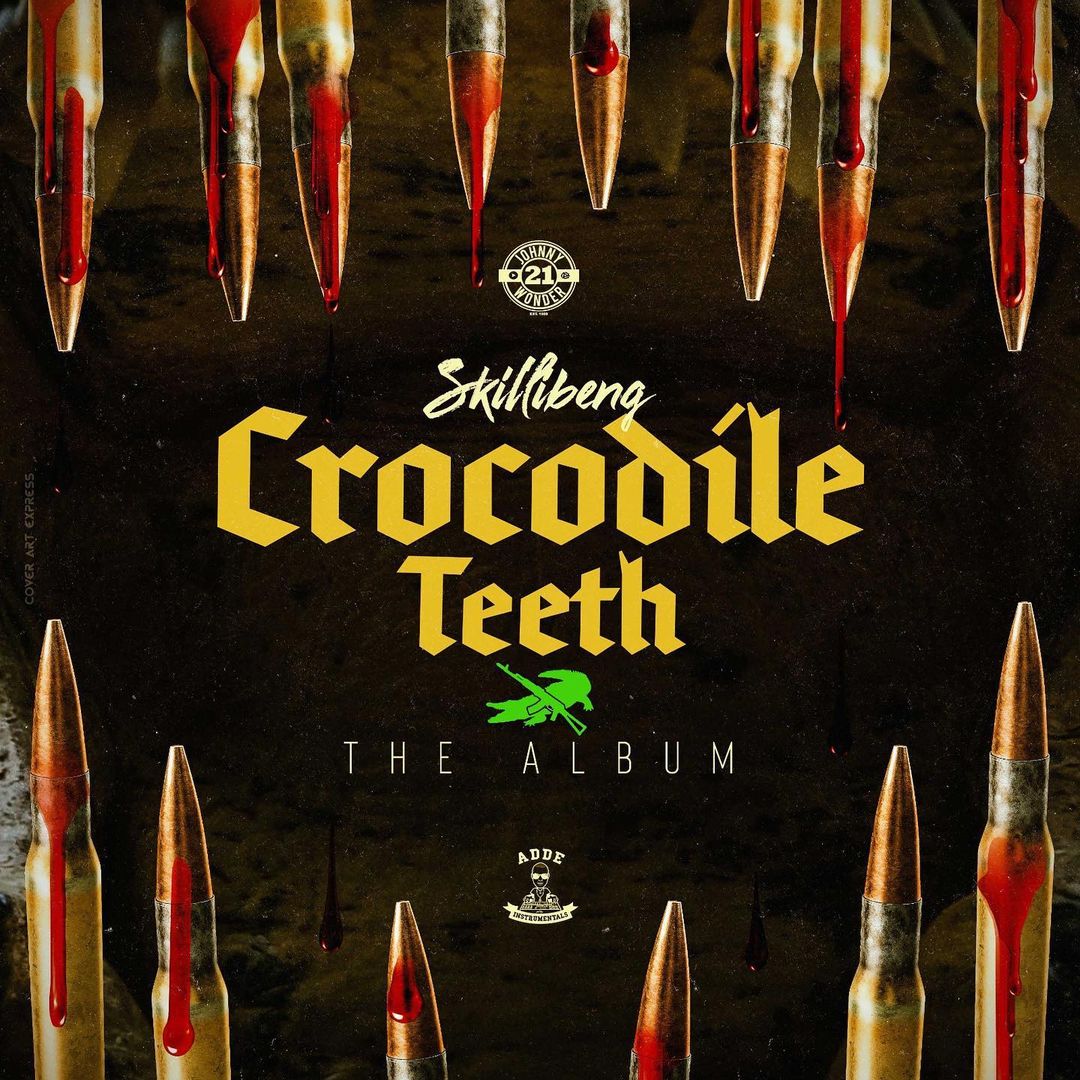 The artist noted that the album was ready for pre-order on Sept 27 at midnight and will be available on all major streaming platforms.

Wonder, who has been in the dancehall industry for over three decades, previously spoke about making more music with Skillibeng. The veteran producer made it clear that he is never in a rush to put out new music and likes to take his time to perfect his songs before putting them out.

Meanwhile, “Crocodile Teeth” remains one of the most remixed modern dancehall songs, with many jumping on the riddim and flow, such as R&B singer Tory Lanez and UK rapper Youngs Teflon.

Shenseea also recently freestyled on the song’s riddim during a Hot 97 FM visit earning herself a lot of praise. Still, she came under heavy criticism by the producer, Johnny Wonder, and fans of Skillibeng after she took credit for the flow of the song without mentioning Skillibeng or the producers who created the song and riddim.

Meanwhile, Skillibeng has been actively working to promote his career and has delivered an impressive amount of work in the short span of his career. So far, fans have enjoyed his 35-track mixtape The Prodigy and his latest project, the 21-track The Prodigy: Ladies Only Edition released in May 2021.

Meanwhile, fans were elated at the impending music release, with some already declaring that “the album sell off,” while others tagged Billboard and asked about getting a plaque for the album.

Meanwhile, others asked about a Vybz Kartel collab, mainly since Skillibeng often spoke about his admiration for the Worl’Boss.