But how much do words mean in politics

Since it is now fashionable to talk about “influence” and talk about Russia’s geopolitical moves in the post-Soviet (and not only) space with a thoughtful, knowledgeable air, let’s just look at Kazakhstan. There, Russia saved the regime, and the Russophobe Askar Umarov was immediately appointed to the position of the main ideologist – the Minister of Information and Social Development – as the saved. On Friday, an interview with Umarov came out, where he says that his Russophobia is a thing of the past. 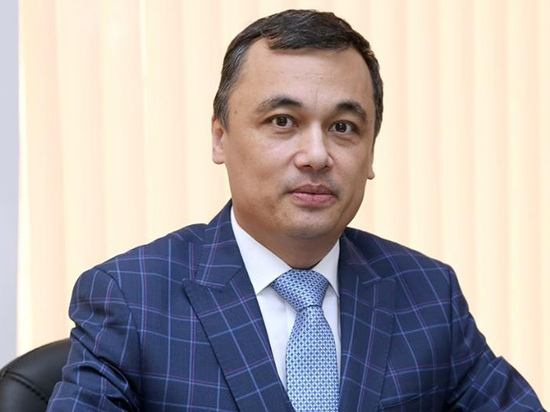 Photo: gov.kz < p> There is no point in citing those statements that were immediately remembered by Umarov immediately after the appointment. There is also about the “Rusnya”, which has no place in Kazakhstan, and about the colonialists, and about someone else's Victory Day … A classic set.

It is understandable that this causes indignation among the public, which is not accustomed to doing fact-checking. But suddenly – is it fakes, an element of the information war or black PR? However, the reaction of our state structures followed.

The emotional Rogozin said that Umarov was not expected at Baikonur, the intellectual Primakov, head of Rossotrudnichestvo, said that such an appointment is, of course, the business of Kazakhstan, but he will not cooperate with Umarov .

Finally, the Russian Foreign Ministry also spoke out: “statements of a nationalist nature, and this includes xenophobia, incitement of hatred, and so on, which rightly caused an exacerbated reaction among the citizens of both Russia and Kazakhstan, we consider unacceptable.”

And only Peskov said that Russia is ready to work with all the ministers appointed by Kazakh President Kassym-Jomart Tokayev, and even with Umarov, who made “embarrassing, incorrect statements.” And it will be possible to judge, they say, his work by his statements in a new status.

And Umarov’s statements in the new status followed: he treats Russia, its history and culture with great respect, the Great Patriotic War is not a stranger, Victory Day is celebrated with “special feelings”, “language patrols” in Kazakhstan against Russian speakers are not a general trend and already received a legal assessment, and so on. And all “accusations and conclusions based on emotional and incorrect skirmishes in social networks more than 10 years ago are understandable, but exhausted. This virtual rubbish has long since decayed.” Well, he just flipped out. Or changed shoes?

When was Mr. Umarov more sincere – speaking about “Russian” in emotional skirmishes or under pressure from his superiors, who ordered him to correct himself? He even agreed to give this interview only in writing, apparently so that emotions would not overwhelm (although he claims to be fluent in Russian).

What any self-respecting country that cares about its people for abroad and its own interests – would set the conditions for its assistance – during the crisis in Kazakhstan it was not done. Well, well, there was no time, it was necessary to act quickly. But why leave quickly? What prevented me from saying – our paratroopers will still be here, but for now, can you recognize Crimea? Or will you make Russian the second state language (and not just official for the document flow of local governments)? Or a Russian military base would not hurt. But you never know what else …

But what in fact? The Russophobe minister says that he is not like that. How much do words mean in politics?