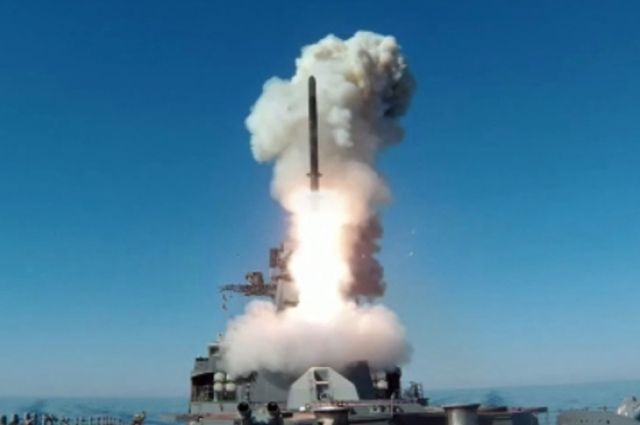 The crew of the frigate of the Black Sea Fleet launched four Caliber cruise missiles at ground targets on the territory of Ukraine. Launch footage "Caliber" were published in the Telegram channel of the Russian Ministry of Defense.

Representatives of the defense department reported that the Russian Armed Forces delivered a missile strike with precision weapons on the military infrastructure of the Armed Forces of Ukraine.

« Caliber» – Russian long-range cruise missile (according to NATO codification SS-N-27 “Sizzler” – “inferno”). Range “Caliber” sea-based is up to 1,400 km. They were first used by the RF Armed Forces during the Syrian campaign. In 2018, it became known about the development of a new version of the missile, which is distinguished by greater range and accuracy.

Recall that  today the Russian Ministry of Defense announced that the Russian Armed Forces attacked the command post of the Armed Forces of Ukraine near the village of Shirokaya Dacha in the Dnipropetrovsk region high-precision sea-based missiles “Caliber”.